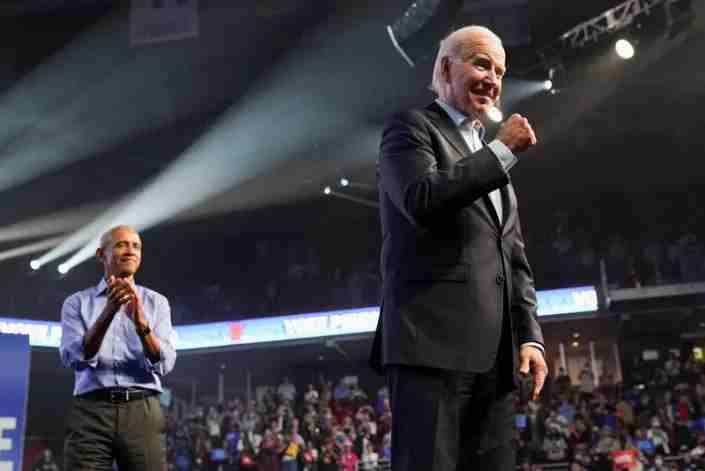 Just two days before a hotly contested midterm election in which Republicans are attempting to flip both chambers of Congress, President Joe Biden and former President Donald Trump will address rallies in New York and Florida, respectively, in an effort to energize their core supporters.

Biden will campaign in Westchester County, a traditionally Democratic stronghold where Republicans are yet trying to gain ground in part because of their unrelenting portrayal of their rivals as soft on crime and inflation. Republican Lee Zeldin is mounting an unexpectedly tough run against Democratic Governor of New York Kathy Hochul, and Democratic incumbents in the U.S. House of Representatives are engaged in competitive races all across the state.

Trump will be in Miami alongside a number of U.S. lawmakers and senators from the state. Florida has been a swing state between parties for many years, although it has recently trended Republican and is not thought to be a key battleground in this election.

According to aides, Trump’s many rallies have helped him retain his public image as he considers making a third bid for the presidency following the midterm elections. As the Republican governor of Florida, Ron DeSantis, is seen by strategists as a formidable candidate for the Republican nomination, should he put his hat in the ring, Florida in particular might serve as a key battleground in any nominating contest.

DeSantis has become a target of Trump’s more frequently due to this, who referred to the governor as “Ron DeSanctimonious” during an event on Saturday night.

Both Republican and Democratic leaders have been active in recent weeks’ campaigns. On Saturday, former Democratic President Barack Obama joined Trump and Biden in Pennsylvania.

On Sunday, First Lady Jill Biden will participate in voter registration drives in Texas for Harris County Judge Lina Hidalgo, while Vice President Kamala Harris will be in Chicago, whose suburbs are the site of two tight House contests.

The Sunday rallies for Democrats, which are staged in usually Democratic districts, are a last-ditch effort to limit their losses on Tuesday.

Democratic strategists agree that the momentum has turned in favor of the Republicans in recent weeks due to voters’ concerns about inflation and crime holding up better than concerns about abortion. In recent weeks, Democrats’ early leads in key Senate races, including those in Pennsylvania, Georgia, and Nevada, have diminished or vanished entirely.

During recent rallies, leading Democrats highlighted their efforts to reduce prescription drug costs and painted their opponents as a threat to Social Security, while Republicans questioned how firmly their opponents supported law enforcement and criticized how they handled the U.S.-Mexico border.

Republicans are strong favorites to take control of the House of Representatives, according to nonpartisan election forecasts and polls, with the Senate being evenly matched. Republicans would be able to obstruct Biden’s legislative agenda and start potentially embarrassing probes if they were to control even one of those houses.

Biden’s unpopularity works against Democrats as well. According to a Reuters/Ipsos poll released on Tuesday, only 40% of Americans approve of the president’s job performance, which has caused Biden to refrain from running for office in some key states.