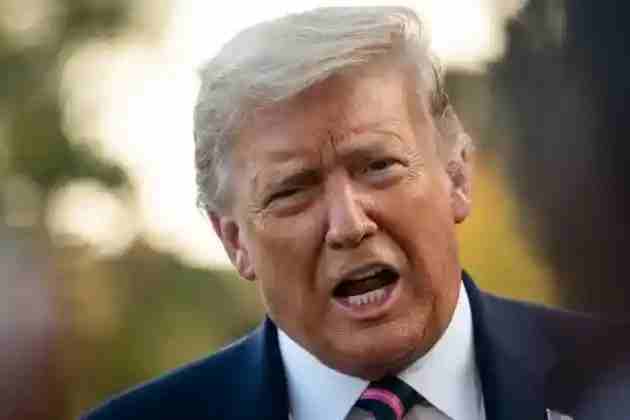 In a post on his Truth Social platform, Trump also attacked McConnell’s wife Elaine Chao by accusing her of having “no talent.” He called the Taiwanese-born former Secretary of Labor “China loving wife, Coco Chow”

Chao resigned as secretary of transportation after Trump encouraged his supporters to riot in Washington, D.C., following the 2020 presidential election.

While Trump did not mention which bills he was furious at McConnell for voting to approve, it is implied by his tweet, but McConnell also supported a spending bill this week to avert a federal government shutdown and provide $12 billion in military and economic aid for Ukraine in its ongoing defense against an invasion by Vladimir Putin’s Russia.

And McConnell has also said he’ll work with Democrats to draft legislation against election subversion.

“Is Mcconnell approving all of these Trillions of Dollars worth of Democrat sponsored Bills, without even the slightest bit of negotiation, because he hates Donald J. Trump, and he knows I am strongly opposed to them, or is he doing it because he believes in the Fake and Highly Destructive Green New Deal, and is willing to take the Country down with him? In any event, either reason is unacceptable. He has a DEATH WISH. Must immediately seek help and advise from his China loving wife, Coco Chow!”, Trump wrote on Truth Social.

In August, Trump publicly blasted McConnell and called for the immediate replacement of him as Republican Senate leader. Tensions have risen between them ever since McConnell rebuked the former over a deadly insurrection that occurred just days after Trump’s inauguration.