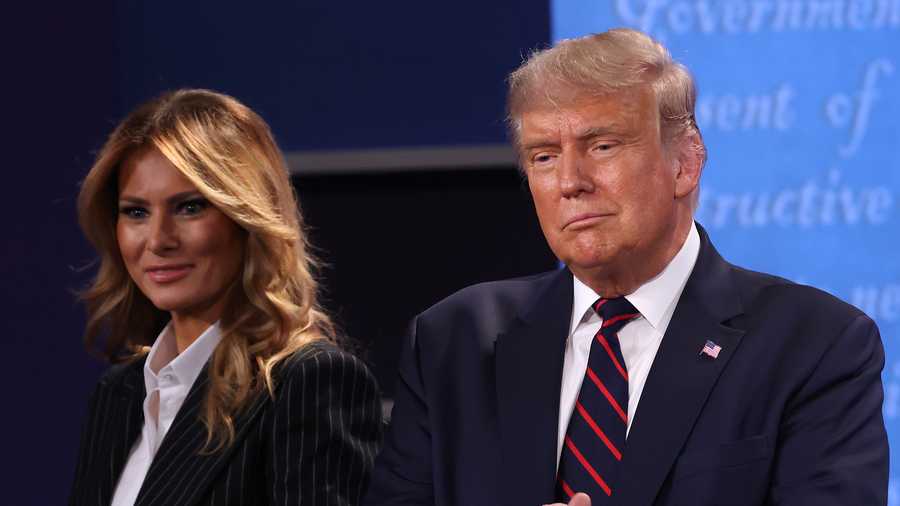 US President Donald Trump said on Thursday he and his wife Melania had tested positive for COVID-19 and were in quarantine, after Hope Hicks, one of his closest advisers, tested positive for the disease, and after months of downplaying the severity of a pandemic that has killed more than 200,000 people in the United States.

In a Tweet, Trump said he and Melania would “get through this together”. The First Lady said they were both “feeling good” and quarantining at home.

US President Donald Trump said on Thursday he was in quarantine and awaiting results from a test for COVID-19 after Hope Hicks, one of his closest advisers, tested positive for the disease.

“I just went for a test and we’ll see what happens,” he told broadcaster Fox News, confirming Hicks had the virus and saying he expected the results on Thursday night or Friday.

Trump himself confirmed Hicks’ diagnosis in an earlier Tweet when he revealed that he and Melania were awaiting the outcome of their own tests.

At 74 years old, Trump is seen as being at higher risk from the virus not only because of his age, but because he is considered overweight. He has remained in good health during his time in office although, aside from regular rounds of golf, he is not known to exercise regularly or to follow a healthy diet.

Hicks travelled regularly with the president on Air Force One and, along with other senior aides, accompanied him to Cleveland for the first presidential debate with Democrat Joe Biden on Tuesday.

She was also with Trump at a campaign event in Minnesota on Wednesday and flew back to the White House with him on the Marine One helicopter after the rally. A source familiar with the matter told the Reuters news agency that Hicks was suffering from symptoms of the coronavirus, which usually include a fever and a cough.