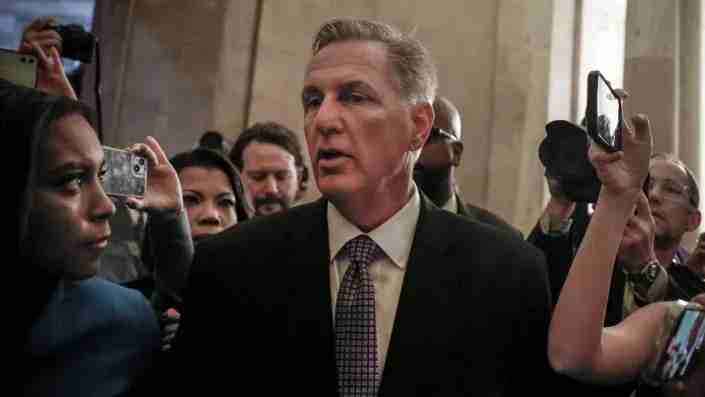 As the House entered Day Two of the new Congress, Republican leader Kevin McCarthy was failing once more in a dramatic fourth round vote to become speaker as there was no apparent end in sight to the political mayhem Republicans had wreaked.

As conservative holdouts rejected him with their votes, McCarthy did no better than he did on the first day of voting. No one’s opinions seemed to have altered, and he was well short of the 218 votes usually required to take the gavel.

The California Republican promised to continue fighting despite losing in several voting rounds that caused the new majority to be in disarray the day before. When the House reconvened at midday, a McCarthy loyalist immediately renominated him for the position with a stirring speech meant to win over critics. Rep. Mike Gallagher, R-Wis., acknowledged that it appeared disorganized. But he added that democracy is messy. “The people of America are in command.” We’ll have another vote, McCarthy announced as he entered the room.

McCarthy didn’t seem daunted by the fact that it was the first time in 100 years that the nominee for House speaker couldn’t assume the gavel after the first vote. Instead, he promised to battle to the bitter end, saying that former President Donald Trump had encouraged him to put an end to the chaos and unite the Republican Party.

Trump publicly urged Republicans to support McCarthy by writing, “CLOSE THE DEAL, TAKE THE VICTORY,” on his social media account early on Wednesday. “Republicans, do not turn a great victory into a terrible and embarrassing defeat,” he continued.

Democrats joyfully selected Jeffries as their candidate for speaker, who will replace them as party leader. He received 212 votes altogether, the most.

McCarthy would be able to decrease the bar needed to gain a majority if he could garner 213 votes and then convince the remaining opponents to merely vote present.

“You get 213 votes, and the others don’t say another name, that’s how you can win,” McCarthy said late Tuesday at the Capitol.