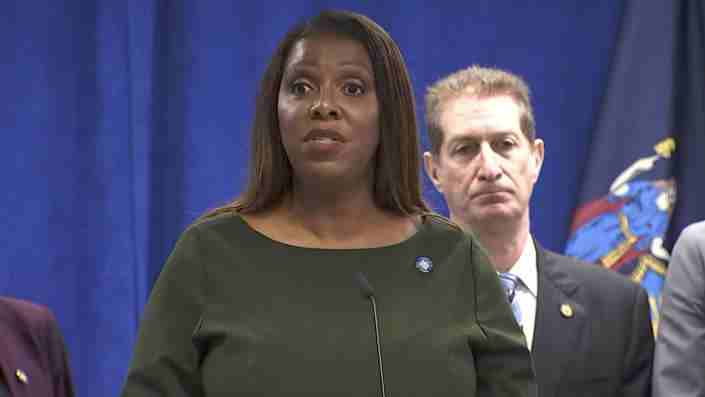 New York State Attorney General Letitia James announced on Wednesday that she is suing former President Donald Trump and three of his children for fraud as part of her long-running civil investigation into the Trump Organization’s business dealings.

“I am announcing today that we are filing a lawsuit against Donald Trump for violating the law as part of his efforts to generate profits for himself, his family and his company,” James said. “The complaint demonstrates that Donald Trump falsely inflated his net worth by billions of dollars to unjustly enrich himself and to cheat the system, thereby cheating all of us.”

The civil lawsuit seeks at least $250 million in damages.

James stated that her office interviewed 65 witnesses and reviewed millions of documents as part of their investigation. Trump is not the only defendant named in the lawsuit–Donald Jr., Ivanka, Eric, and former Trump Organization executives Allen Weisselberg and Jeff McConney are also included.

“Mr. Trump and the Trump Organization continuously and deliberately manipulated the value of assets to persuade banks to lend money to the Trump Organization on more advantageous terms than what the country otherwise would have been offered, to pay lower taxes, to fulfill ongoing loan agreements and to convince insurance companies to provide insurance coverage at higher limits and cheaper premiums,” James said during her Wednesday morning remarks.