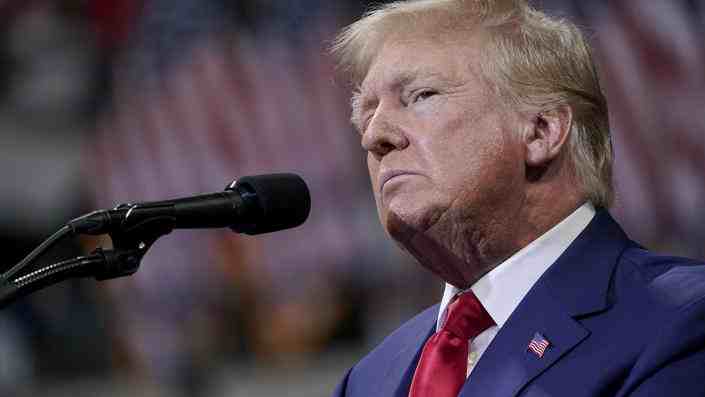 In their latest filing, Trump’s lawyers seemed to dispute the sensitive nature of the roughly 100 classified documents that were seized when the FBI executed a search warrant at Mar-a-Lago in August, and argued that they should be reviewed by a court-appointed special master along with the more than 11,000 other records recovered during the search.

Trump’s attorneys responded with their own 21-page filing Monday, which seemed to cast doubt on the sensitivity of the classified documents, as well as the legitimacy of the Justice Department’s investigation into their possible mishandling.

“This investigation of the 45th President of the United States is both unprecedented and misguided,” they write, arguing that “at its core,” the criminal probe “is a document storage dispute that has spiraled out of control.”

Trump’s lawyers go on to dispute “the alleged urgent need to conduct a risk assessment of possible unauthorized disclosure of purported ‘classified records,’” insisting that all of the materials recovered from Mar-a-Lago, which functions as a private resort as well as the former president’s residence, had been securely stored and that “there is no indication any purported ‘classified records’ were disclosed to anyone.”