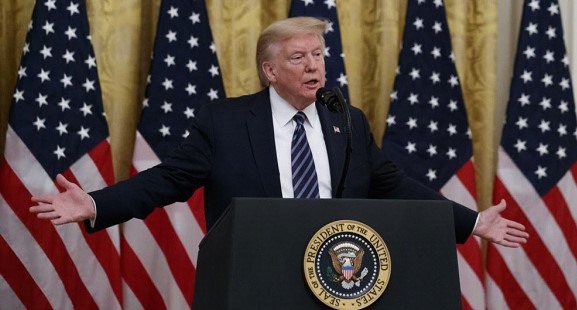 Earlier, US intelligence said that the coronavirus was not created or modified by humans.

WASHINGTON-US President Donald Trump says he has seen intelligence reports indicating that a new coronavirus has appeared in a lab in the Chinese city of Wuhan.

When asked by a journalist why he was confident in this assessment, the President said: “I can’t tell you that”.

“There are many theories”, Trump said, making it clear that the intelligence conclusions are not unambiguous. “Let’s see where it came from”.

When asked if he would require an international inspection at the Wuhan Institute of Virology, the President said: “I think at the moment China is trying to be relatively transparent with us”. Trump added that China either failed to stop the coronavirus or allowed it to spread.

Earlier on Thursday, the Office of the Director of National Intelligence released a statement saying, “the intelligence community shares the widely held view in scientific circles that the COVID-19 virus was not created by humans or genetically modified”.

The statement also said that intelligence agencies “will continue to scrutinize emerging information and intelligence to determine whether the outbreak started due to contact with infected animals or was the result of an incident at a laboratory in Wuhan”.

The coronavirus was first recorded in Wuhan.