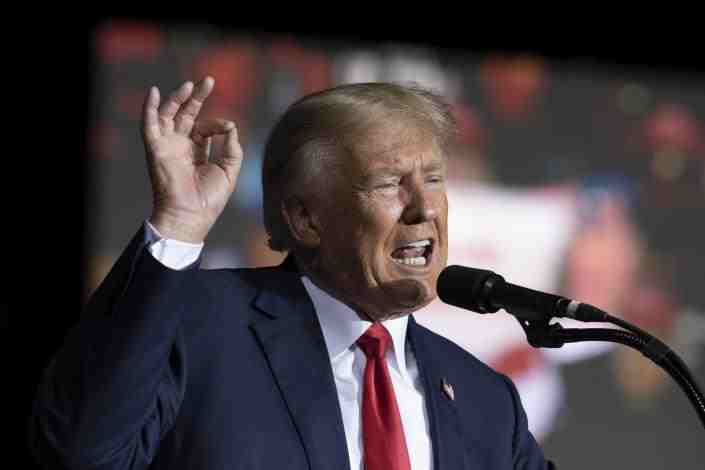 On Sunday, former president Donald Trump criticized the American Jewish community for, in his words, not supporting Israel enough.

Before it’s too late, American Jews need to get their act together and recognize how fortunate they are to live in Israel. On his social media platform Truth Social, Trump made a statement.

Trump bragged about his support for Israel while in power and claimed that American Jews don’t properly recognize his contributions to the nation. He proclaimed, “No President has done more for Israel than I have. Surprisingly, though, Jews, especially those who reside in the United States, are significantly less appreciative of this than our lovely Evangelicals.

In the present day, this tenet of antisemitism has changed to asserting that Jews have an allegiance to Israel. For millennia, antisemites have maintained that Jews can have “dual loyalty” with their religious religion.

Trump has previously propagated this myth.

When he claimed that American Jews who support Democrats were shown “tremendous disloyalty” to Israel in 2019, then-President Trump attracted fierce criticism. He also declared at the White House, “If you want to vote Democrat, you are being very unfaithful to Jewish people and very unfriendly to Israel.”

Charges of disloyalty have historically been used to attack Jews, Jonathan Greenblatt, the head of the Anti-Defamation League, said on Twitter at the time. “It’s unclear to whom @POTUS is suggesting Jews would be ‘disloyal’.” It’s past time to stop exploiting Jews as a political football, he continued.

Trump was again accused of antisemitism in 2020 after addressing American Jewish leaders and referring to Israel as “your nation.” At a gathering with American Jews in 2019, he addressed the Israeli prime minister as “your prime minister.”

Trump also asserted that he may become the nation’s next elected official in a post he made on Truth Social on Sunday.

But compared to American Jews, “those living in Israel are a different tale,” he added.