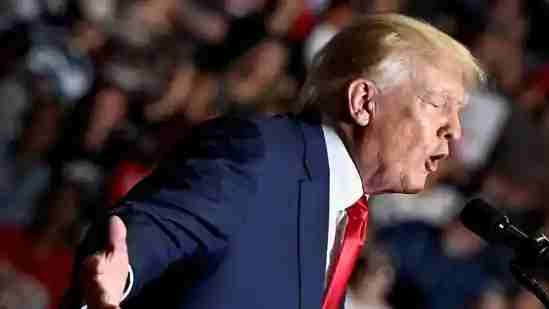 Following his followers’ attempted coup at the US Capitol in January of last year, Twitter permanently suspended the former US president Donald Trump’s account.

An online post purporting to be from former US president Donald Trump claimed that his suspended Twitter account “will be back up and operating” by Monday after rumors that Elon Musk had closed his $44 billion Twitter deal surfaced on Friday morning. The Republican leader allegedly claimed, citing “many people,” that the previous management was “more obsessed with the woke agenda” and congratulated Tesla CEO on buying the social network firm.

The former president continues to be one of the biggest issues for platform management of social media. In spite of being banned from Twitter, Facebook, and Instagram in early 2021 as a result of his false claims about the 2020 election inciting a deadly riot at the US Capitol that is blamed for the deaths of several police officers and resulted in charges of seditious conspiracy for some of Mr. Trump’s hardline supporters, Mr. Trump has done nothing to change his behavior while holed up at Mar-a-Lago with only his closest allies.

In fact, Mr. Trump’s wrongdoing has worsened since leaving office. The possibility that Mr. Trump would demand to be reinstated as president after leaving the White House, as reported by The New York Times’s Maggie Haberman, is now a very real possibility, as the former president has made this demand numerous times over the past two months on his Truth Social platform. It appears that Facebook’s plan to temporarily suspend Mr. Trump for a number of years with the intention of reviewing the issue before 2024 backfired, as the former president now appears to be defying the site’s administrators to keep him off.

According to several US media reports, Gadde is among the top Twitter executives including Indian-origin CEO Parag Agrawal, Chief Financial Officer Ned Segal and General Counsel Sean Edgett who have been fired by Musk.

Musk “has started cleaning house at Twitter with the firings of at least four top executives”, reported The New York Times citing people familiar with the development.

“At least one of the executives who was fired was escorted out of Twitter’s office,” the report said.